VISION AND INNOVATION AT ITS CORE

Tomas Gorny is the CEO and Chairman of Unitedweb, which he founded in 2008. His vision is to change how SMB conduct business by leveraging the web. He has a 15-year track record of investing in, building, and leading high-performing technology and Internet companies. His entrepreneurial background includes launching Trendsetter and IPOWER. In 2007, he orchestrated the merger between IPOWER and Endurance International Group. He creates the vision while managing the business strategy for Unitedweb companies.

Tomas is recognized as an industry leader and has been featured in dozens of magazines, including Entrepreneur and Inc. He is a board member and investor for several companies including Endurance (Nasdaq: EIGI) along with Goldman Sachs and Warburg Pincus. He serves as chairman and board member to all Unitedweb companies. 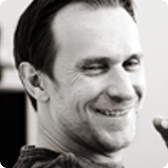 In 2001, Tracy co-founded IPOWER. As Executive Vice President and head of marketing, Tracy was instrumental in building a customer base more than one million strong and establishing IPOWER as the second largest web hosting company in the U.S. He also created and managed one of the most successful cross-selling sales organizations in the industry.

Tracy began his entrepreneurial career in 1991 when he founded Conrad and Associates, a data aggregator. He entered the Internet arena in 1995 when he founded the Blitz Network, a web advertising agency that was subsequently acquired. 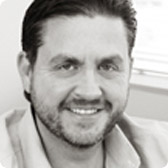 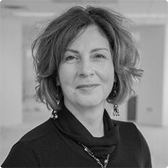 John joined Unitedweb in 2012 as General Counsel. In this role, John manages the legal functions for Unitedweb and each of its companies. His responsibilities include risk management, regulatory compliance, commercial transactions, M&A activity, disputes, litigation management and corporate governance.

Prior to joining Unitedweb, John was counsel for an international, publicly traded software company. Before that,
he advised various technology companies as an associate attorney with Lewis and Roca, LLP in Phoenix. John has previously worked as an equity analyst in the securities brokerage industry and currently holds the Chartered Financial Analyst designation.

John holds a JD from Arizona State University, an MBA from the University of Missouri – St. Louis, and a BS in Finance from Southern Illinois University at Carbondale.

HOME | ABOUT US | OUR BRANDS | AMAZING FROM WITHIN | CULTURE | LEADERSHIP | NEWS
Copyright 2023 All Rights Reserved. UnitedWeb